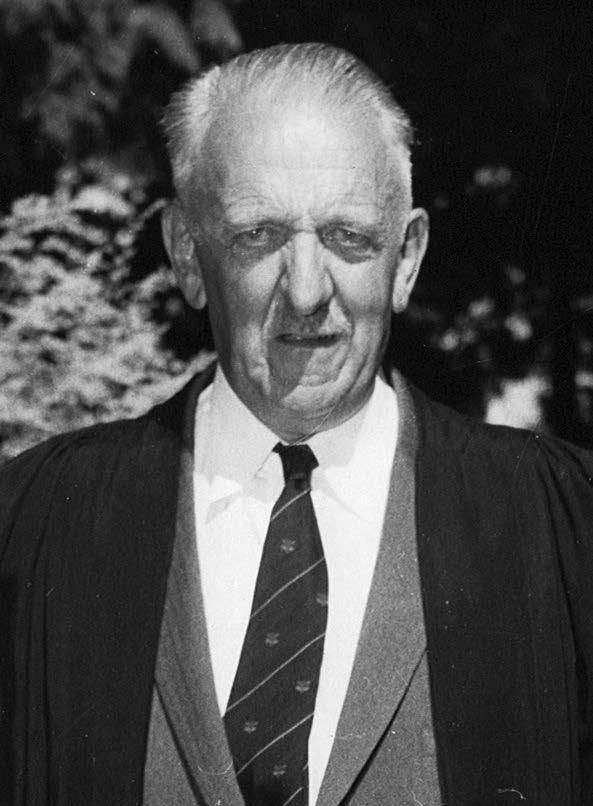 Mr. Harker was the second Headmaster of St. George’s School, serving from 1933- 1962. British born and educated, he served as an Officer in the First World War, then the Diplomatic Service in The Hague and in Washington, DC, before a five-year span in the Far East. Eventually landing in Vancouver, he was recruited to St. George’s School at a turbulent time in its early history, subsequently successfully bringing financial stability, character education, academic standards, strong traditions, and growing enrollment in his wake. It is generally accepted that Mr. Harker saved St. George’s from financial ruin and discredit in the early part of his tenure as Headmaster. He involved his entire family in the business of serving St. George’s School, including his beloved wife, Marianita (“Naggers”).

He also shepherded the School through the trials of another World War and its severe impact on staffing, led the charge to acquire the land upon which the current Senior School now sits, and approved the formation of the invaluable Women’s Auxiliary in 1950, now the SGPA. He is remembered and celebrated for his extraordinary contributions to St. George’s over almost three decades, his unwavering sense of humour, and the legacy of “St. George’s School for Boys and Dogs”!

Mr. Harker died on August 14, 1975, and his memorial service was held at the School.
Back
St. George’s School acknowledges that we are situated on the unceded traditional territory of the Musqueam First Nation.
Contributions to St. George's School are tax creditable as prescribed by Canadian law. St. George's School's Charitable Registration Number is: 11917-5511 RR0001.