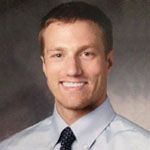 -Healthcare
-Medicine
-Science
Born and raised in Vancouver, David attended Saints from Grade 6 to Grade 12. After graduating from high school in 2004, he attended Stanford University on a rowing scholarship, where he majored in Human Biology (2008), and also completed a Master’s Degree in Biology (2009). He then moved to New York City to attend Columbia University College of Physicians and Surgeons. Upon completing medical school in 2014, he moved back to California to commence residency training in Anesthesiology at Stanford University School of Medicine, which will run through June 2018, when he expects to begin independent practice as a licensed anesthesiologist.

He wants to be a mentor for this program because when he was going through high school and university, he didn’t feel like he had great career advising or mentorship regarding possible careers in health sciences. Most of what he learned about possible career paths for someone interested in health care was through independent research, and was extremely limited in scope (e.g. medicine only). He only learned about the full extent of career offerings and degrees in fields like public health, nursing, and other healthcare fields well after commencing his medical training.
Back
St. George’s School acknowledges that we are situated on the unceded traditional territory of the Musqueam First Nation.
Contributions to St. George's School are tax creditable as prescribed by Canadian law. St. George's School's Charitable Registration Number is: 11917-5511 RR0001.