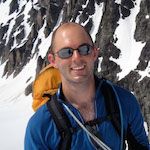 -Cameraman
-Film industry
-Digital imaging technician
-Ski mountaineer
Born in Boston, Massachusetts and currently residing in Vancouver, BC, Adam graduated from Ryerson University’s film production program with a BFA (Honours) where he majored in cinematography. He gained membership in IATSE 891 as a Lamp Op before finishing his undergraduate degree. Following his post-secondary schooling Adam was accepted into IATSE 669’s Camera Trainee Program and now works as a 2nd AC and Digital Imaging Technician on various TV series, commercial and Feature Film projects, including the upcoming Steven Spielberg produced TV series Minority Report. Adam loves the outdoors and lives an adventurous lifestyle. He is fortunate enough to be in high demand as a mountain and cold weather specialist within the film industry. Combining his love and special skills as a ski mountaineer and film technician he has worked in four provinces and one territory, including the arctic on projects ranging from Christopher Nolan’s Inception and Bud Light commercials to the TV series Arctic Air and commercials for Parks Canada and the Sochi Olympics.

Having experienced both personal and professional success as a participant of the IATSE 669 Mentorship program, Adam has seen the benefits of being mentored by his peers and looks forward to giving back to the Saints community and inspiring young Georgians. Adam is currently the Camera Trainee program coordinator and Lead Instructor for Western Canada and looks forward to bringing his experience as a teacher and mentor from that program and sharing his enthusiasm with others.
Back
St. George’s School acknowledges that we are situated on the unceded traditional territory of the Musqueam First Nation.
Contributions to St. George's School are tax creditable as prescribed by Canadian law. St. George's School's Charitable Registration Number is: 11917-5511 RR0001.